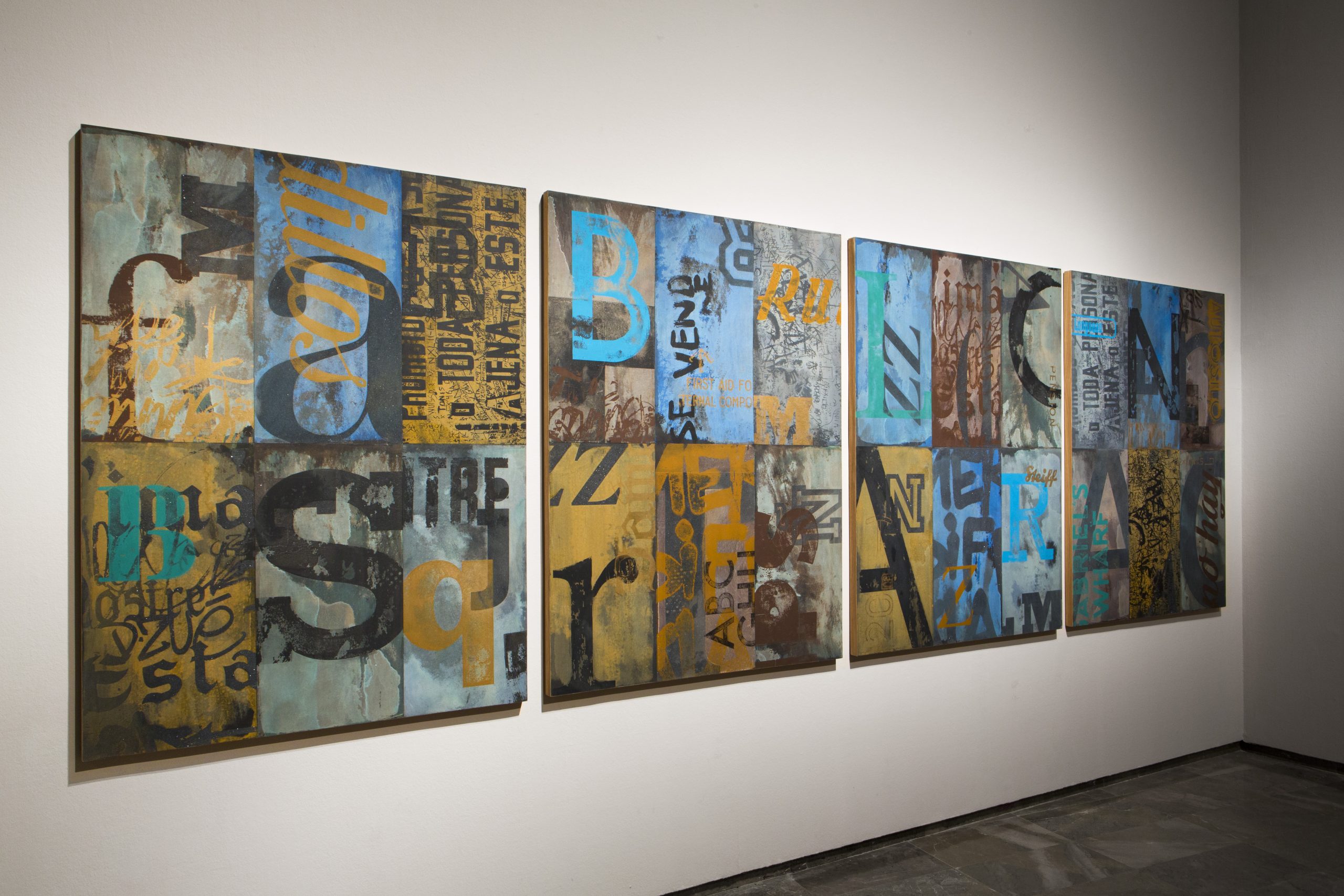 The same graphic word contains that common root that has given so many different results over time and space. From the unconscious, automatic scrawl, passing through street graffiti (from the tag to the master piece) and the regulated typographic conventions of posters and advertisements to the most beautiful writing. It is summarized in this graphic / typographic proposal, in a complex and suggestive way, expression and communication, free gesture and typified convention, construction and destruction. In a fragmentarily precise way, Jonay reinterprets the superimposed life of the street, full of interferences and anonymous characters that pass through it. Life that is recorded on the walls and fences anywhere. Subjected to a similar process of collective palimpsest and meteorological erasure, washings occur in his works while other graphic techniques are superimposed. Word and gesture in full spatial boiling that reflects the actions that take place in the day and night time of the streets of the big city.

View All Works
We are using cookies to give you the best experience. You can find out more about which cookies we are using or switch them off in privacy settings.
AcceptPrivacy Settings